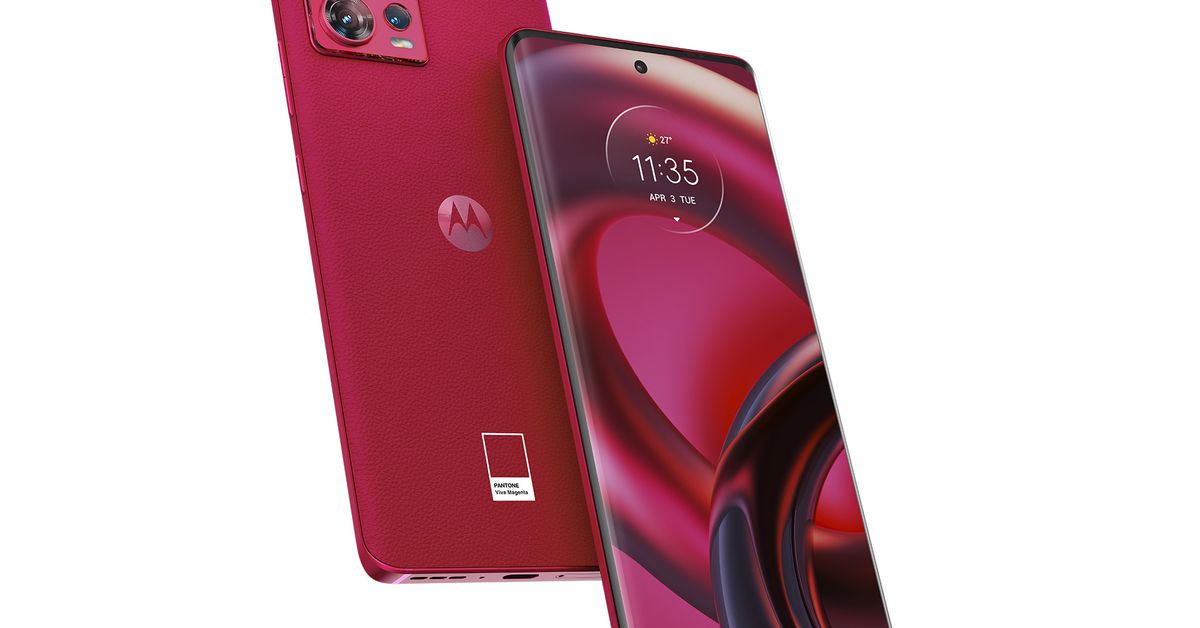 Motorola is making its high-end Edge 30 Fusion available in the US for the first time in a bold, new color option. It’s the color option, in fact: Pantone’s newly crowned color of the year, Viva Magenta. And you know what? It looks kinda nice. Not every phone needs to be Moonstone Black or Deep Cosmos Blue. We crave bold colors, too, and Motorola has answered the call — and you don’t even need a special Adobe subscription to enjoy it.

The Edge 30 Fusion comes with upper-midrange specs, including a previous-gen flagship Qualcomm processor, the Snapdragon 888 Plus 5G. That’ll still be plenty powerful in 2023, especially with the 12GB of RAM this particular variant comes with. There’s a 6.55-inch, 1080p OLED display with a top 144Hz refresh rate, a stabilized 50-megapixel main camera, a 4,400mAh battery, and fast 68W wired charging.

The Pantone logo is a bit much, but that vegan leather finish? On point. Image: Motorola

Those are all well and good for the upper limits of midrange phones, but more importantly: a magenta phone! According to Motorola, the back panel features a “delightfully soft vegan leather finish.” You probably won’t want to put a case on this one, and hopefully, that textured back panel will provide a little extra grip. Fashion and function. There is a very prominent Pantone logo on the back panel, which is kind of an eyesore, but at least it will communicate to everyone around you that your phone is not merely magenta; it is Pantone-blessed magenta.

The Edge 30 Fusion has been available in parts of Europe and Latin America since September, but this is its debut in North America. It’ll be available starting December 12th, available as a $799 bundle with a pair of Moto Buds 600 ANC. Not to be left out, the included buds come in a special-edition “Pantone 19-2118 Winetasting” color, which looks to be… a weird maroon brown. You can also be a no-fun-nik and get the Edge 30 Fusion in lazuli blue — sans buds — for $699. 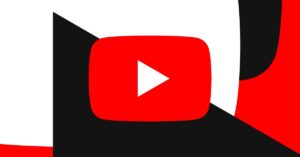 Previous post The Supreme Court Battle For Section 230 Has Begun 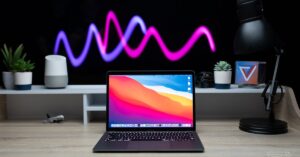 Next post The Best Deals On MacBooks Right Now